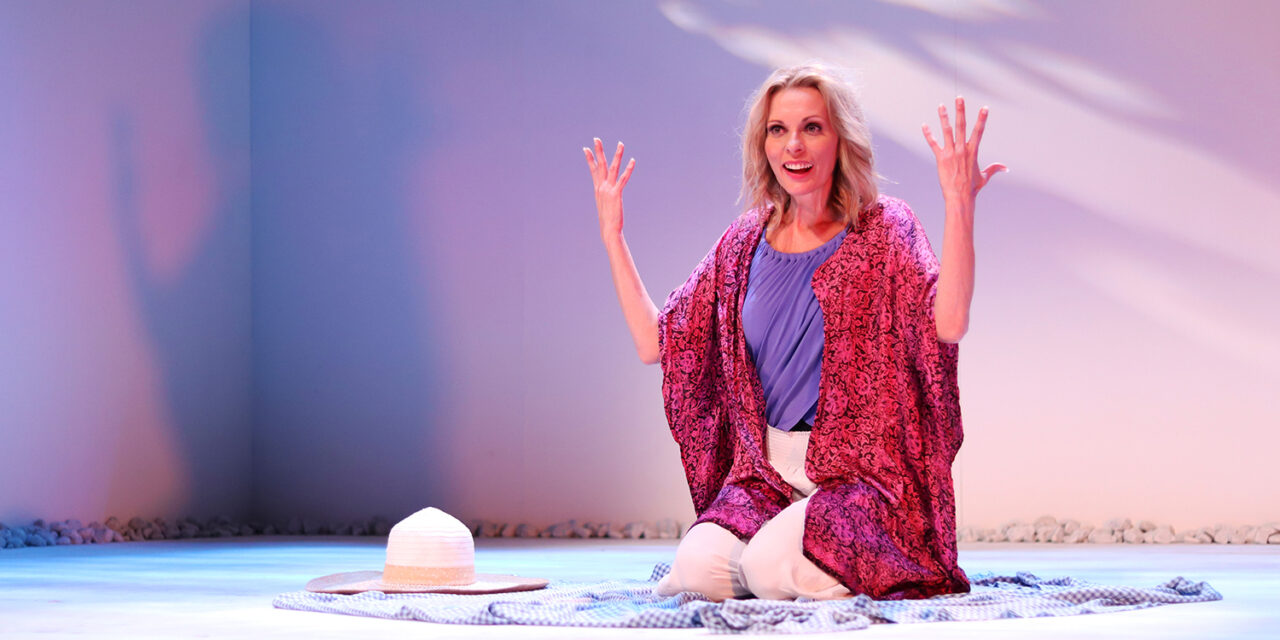 VR Theatrical is delighted to announce that following the wonderful success of the sold-out season earlier this year – SHIRLEY VALENTINE is to return to Montecasino from 22 June! Bookings are now open at Computicket and at the Theatre box office (011) 511 1988.

Some of you will remember her. Willy Russell’s heroine of the 80’s. She played the West End and Broadway, won numerous accolades and was celebrated in film. Her name was Shirley Valentine, before she became Shirley Bradshaw, a middle aged woman, lost in her role as mother to two grown children, and wife to a husband in a somewhat stale marriage. When a friend offers her a trip to Greece, a long forgotten exuberance begins to bubble up in her. Shirley’s journey is a celebration of many a contemporary woman, balancing motherhood, marriage and self-actualisation. Shirley Bradshaw is the ‘original gangster’ of self-care and self-love – a beacon of empowerment. Long before we had hashtags, we had Shirley.

“We believe that what Shirley has to say is important. And it is more relevant than ever,” says Jaco van Rensburg from VR Theatrical. “My business partner grew up knowing the movie and it was his idea to option it. When I watched it – and later read it – I knew he was spot on! It is relatable, oh so funny and even more relevant today!”

The play will be directed by Gina Shmukler – a true lady of the theatre who has worked extensively in New York City and all over the world, but returned to SA stages a couple of years ago, juggling numerous other creative projects.

And who do you cast in such an iconic role? Someone who has done it all – been on Egoli and Scandal, knows and loves the theatre, has won awards, written books and lived life a little. Enter stage, Natasha Sutherland, who is “over the moon playing Shirley!”

Ticket Prices range from R150 – R1220 and are available through Computicket or at the theatre box office.

Parental Guidance is advised as the play deals with grown-up themes.

The duration of the play is 80 minutes with no interval.

Shirley Valentine will be BACK on the boards at Pieter Toerien’s Montecasino Theatre from 22 June – 3 July 2022.  Performances from Wednesdays to Saturdays at 20:00 and matinees on Saturdays at 16:00 and Sundays at 15:00.