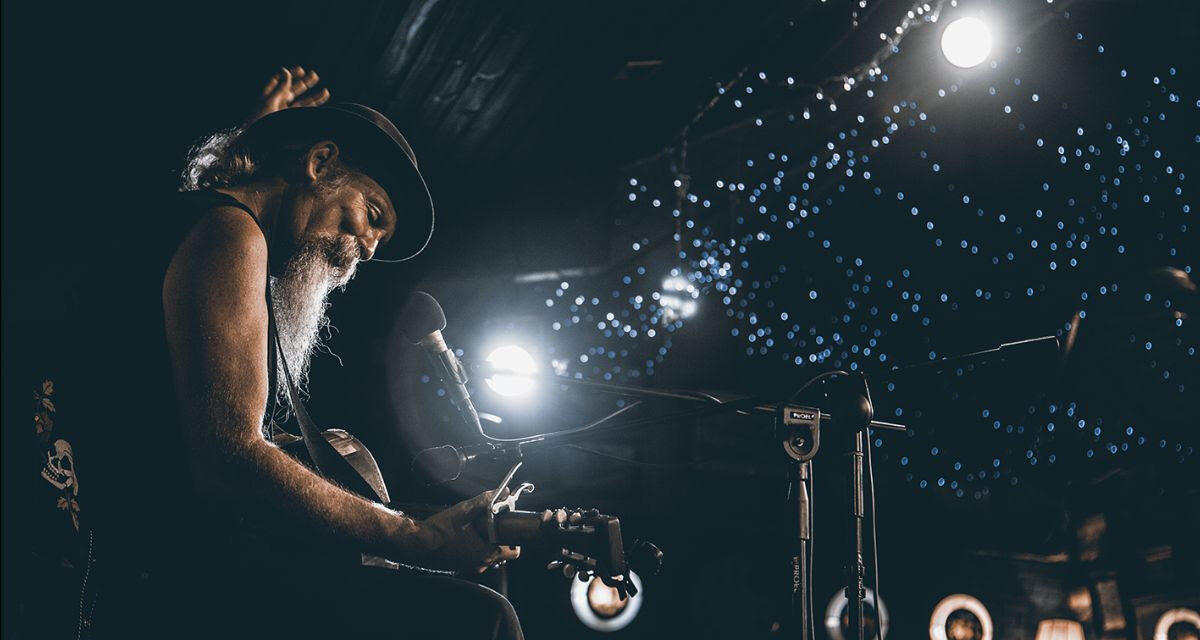 Doc is a weathered, wily, but infinitely likeable storyteller/performer. Writing from the dark side of the blues highway.
Telling songs and singing stories. This blues came from the Mississippi delta. But before that, it came from Africa. Passed down from mouth to mouth. More than music. A placement of the human spirit. Doc’s early mentors were the grandchildren of slaves. And now: this continuing journey between the dreamscapes and the song lines: between the blurs of the Highway and the sounds of the wheels: Streamline.

Doc MacLean’s fifth African tour kicks off on the 7th of January at the Alma Café in Cape Town and finds him returning to many of the places visited on previous adventures. Travelling over 20 thousand km by land, the “World’s Biggest Little Blues Tour” will include some 60 shows across South Africa.

The Tour will continue to feature occasional, pop-up collaborations with well-known South African blues, roots and traditional artists. Again, it offers free shows in Township areas, and workshops for aspiring artists. Much of Doc’s new CD, “Streamline,” was recorded in his “home away from home,” Cape Town, where he has recently signed with Robin Auld’s Shoreline Songs. Witness a unique and mature artist at the height of his powers.

In South Africa, Doc MacLean has been voted a “Top Ten” act at Oppikoppi, has been featured at Up the Creek, Knysna Blues Festival, Durban Mojo Rising Blues Cruise, JHB Blues and Country Festival, and at many of South Africa’s finest theatres.

For full tour dates and details go to https://streamlineblues.blogspot.com/