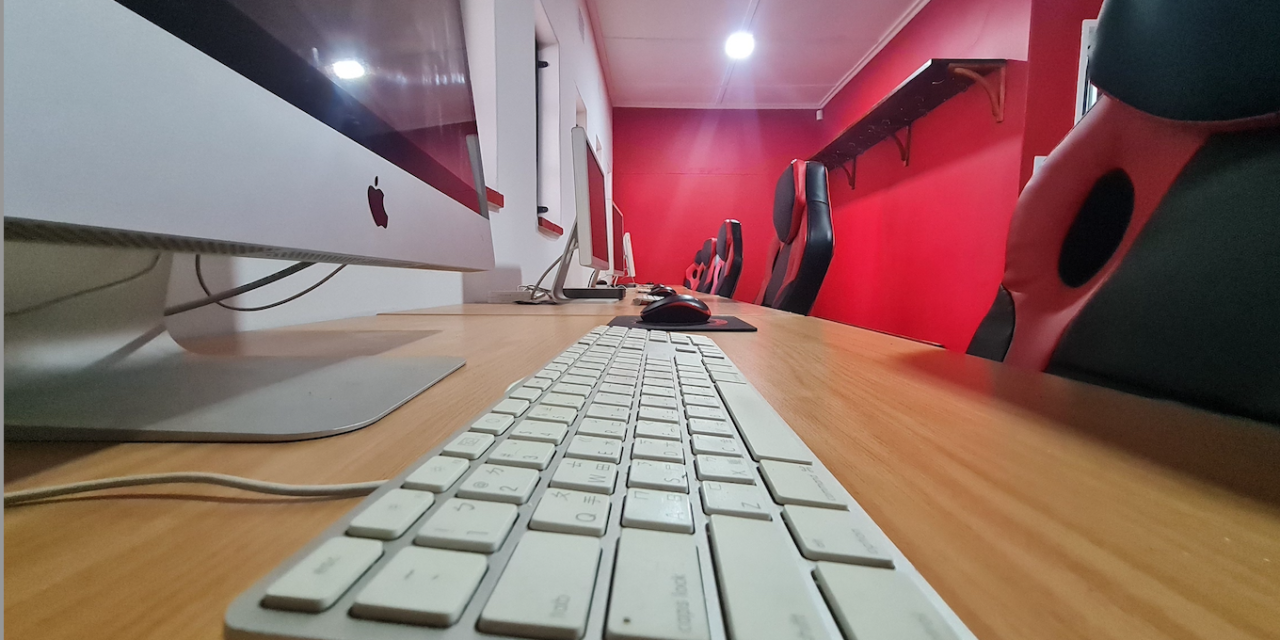 Brainchild of Nathan Waywell (Matric 1991), Studio ‘91 sees the establishing of a multimedia Creative Studio at the School.

The facility and its equipment has been funded by the Class of 1991, which has amounted to over R350 000 in financial support to build the studio, thousands more in expertise and second hand equipment donated as well as the establishment of mentorship programs for the learners going forward.

Parktown Boys’ High School has a proud cultural tradition and Studio ’91 is a welcome addition to the Cultural offerings to the School.

This cutting edge hi-tech facility has an Apple Computers Creative Network and ‘Green Screen’ capability, not only to do audio and video recordings, hold interviews and set up podcasts, but also enable students to explore the areas of animation, sound design, editing and music production.

Studio ’91 will be the fulcrum of STEM (Science, Technology, Engineering, and Mathematics) Drama projects, which will be one of the major productions presented at the School each year, launching with Mars, The Musical in 2023, as announced at the event by Waywell.

Says Waywell, “The importance of understanding why STEM is vital is brought to life when Art manifests the future right before your eyes”.

Thus Studio ’91 is a full spectrum, school level, entertainment industry extra mural offering, so named after the class of that year who donated all the funds for its construction, and forms part of the school’s programme to ‘future proof’ the boys for the 4IR world they are entering.
With over 40 learners having already signed up in the first week alone, following the launch of Studio ’91, it is testament to the need for this creative outlet to be provided at school level as an extra-mural option.

The value of these additional facilities at the school was showcased superbly to the invited guests as Craig Hinds, lead vocalist of popular rock band Watershed (also 1990 Head Prefect of the school) performed his hit single Indigo Girl, along with the Johannesburg Youth Orchestra and Parktown Boys’ High School Choir, as it was live streamed by MiX FM 93.8 (with grateful thanks to Darren Scott and Kerry-Anne Allerston for facilitating this)

The guests were then treated to the talents of the Johannesburg Youth Orchestra as they continued to perform while they were given tours of Studio ’91 to see it ‘in Action’ and shown the potential of this additional extra mural offering at the school.
Grateful thanks too, is extended to the Parktown Boys’ High School Band who entertained the guests upon their arrival at the event and set the wonderful tone for the evening.

Malcolm Williams, Headmaster of Parktown Boys’ High School states; “We thank and congratulate Nathan and the 1991 Matric group for the idea and the forward thinking, support and necessary funding to make something like this happen.”

He concludes, “This facility places us at the forefront of what is offered in schools generally and provides another avenue for our boys to march to their own ‘creative drum’ and achieve excellence. May other schools now pick up the mantle too.”

For more information about bringing a studio to your school, contact pbhstudio91@gmail.com