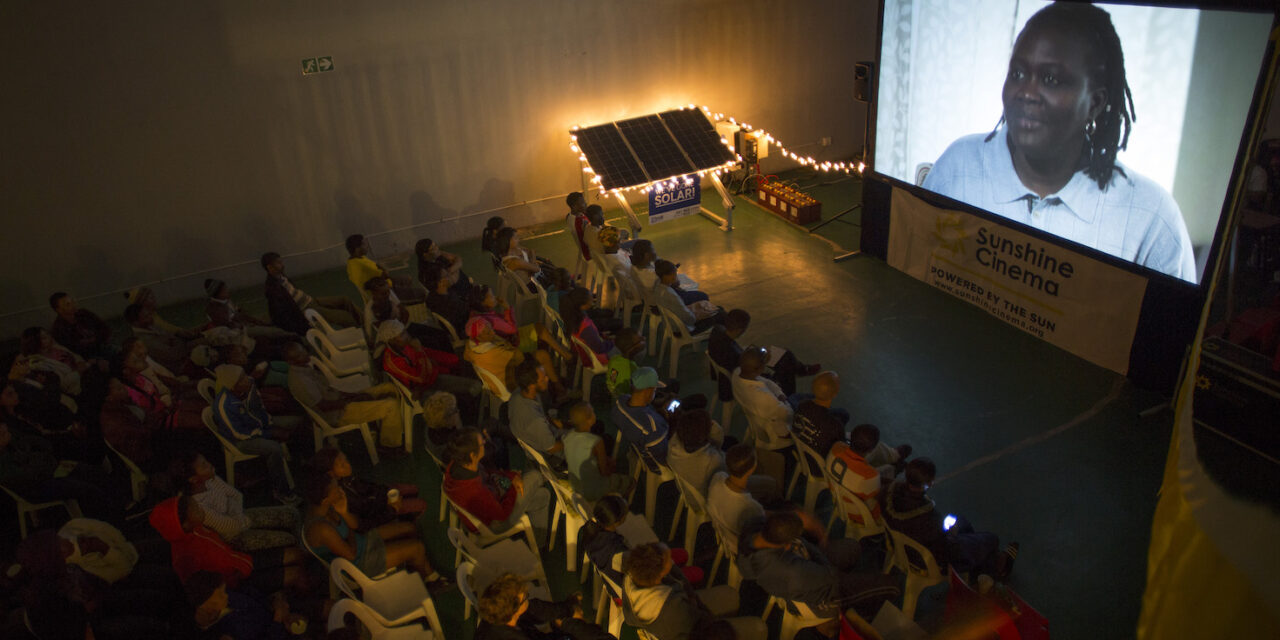 Leading South African media organisation Sunshine Cinema, known for its robust approach to taking meaningful cinema to communities to support activism and impact change, together with UCT’s Centre for Film and Media Studies will once again offer an online professional development course on Film Impact Screening Facilitation from June 2023.

The course is aimed at communicators, creatives, aspiring impact producers, and purpose-driven “Gen Z’s” eager to ignite change through the screening of mostly documentary, but also fiction feature films to targeted and relevant audiences.

Sunshine Cinema is best placed to offer practical insights for “impact facilitators” as they have taken films to communities in Southern Africa for years, supporting producers, organisations, and creatives who have the content but lack experience in making an impact with audiences.

The 2023 course runs from 1 June to 8 December 2023 and will cover six modules, each geared towards giving students the knowledge and confidence needed to work as a film impact screening facilitator.

The six-month, 100% online, professional development course comprises weekly self-paced lessons on the UCT online learning platform, most of which culminate in a virtual class that “allows students to engage with influential movement builders, impact producers, and filmmakers from South Africa, Africa and beyond”.

At the end of the course, participants will have a series of processes, methodologies, creative ideas and examples, a practical toolkit from which to work, as well as ongoing support as alumni from the course convenors, and peers.

The course is open globally to anyone interested in using film to affect change, and several bursaries are available to participants who merit the opportunity.

The closing date for applications is 31 March 2023.

For more information or to enroll visit https://sunshinecinema.org/2023-uct-impact-course-application/