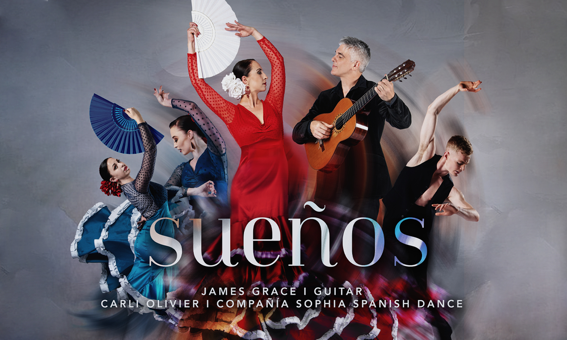 Sueños is inspired by the indescribable beauty and romance of Andalucía, which have captured the imaginations of great minds from Shakespeare, who stated, “Every inquisitive traveller keeps Granada in his heart, without ever having visited it”, to Lorca, who commented, “Granada is the perfect dream and fantasy, forever ineffable…”

Including music from Grace’s all-Spanish discography and featuring a selection of previously unrecorded works, complimented by original choreography by Olivier, the cast of Compañia Sophía are joined onstage for a special guest appearance by dancers from Johannesburg-based contemporary ballet company, WGRUV Dance International, in a unique and pioneering fusion of traditional Spanish and contemporary forms.