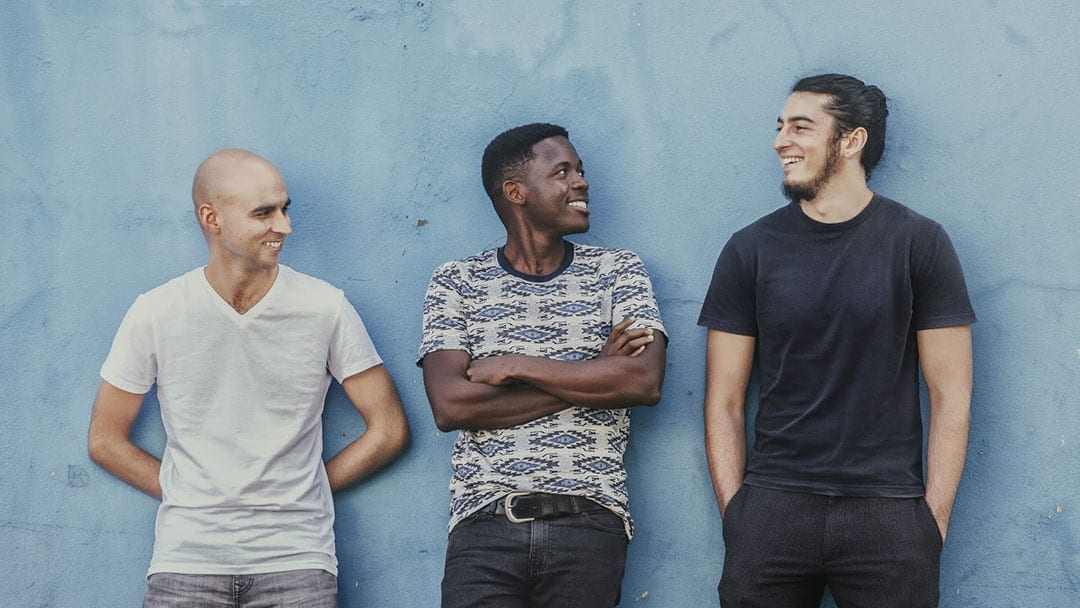 Cape Town based “Stone Jets” will be touring with James Morrison as his supporting act for this singer-songwriter’s first-time performances in South Africa; Johannesburg and Cape Town towards the end of January.

This is an incredible opportunity for this trio, who consist of bassist and vocalist Given Nkanyane, guitarist Manfred Klose and drummer Eduan Joubert. The group released their first EP “River” in 2014 and their second EP “What I Say” was released in 2016. They have received incredible radio play across several stations, and have released a few music videos.

Morrison had this to say about the group:
“I’m looking forward to meeting the Stone Jets and to touring with these local lads.”

I spoke to founder Given Nkanyane about the bands journey and this incredible start to 2019. Nkanyane was such a treat to chat to; he is enthusiastic, charismatic, grounded and doesn’t take anything for granted.

Stone Jets Formed in 2013, tell me about your journey up until now?

Given:
“I was living in Joburg in 2013. I had a life-changing event, and so as a way of expressing myself, I started writing songs. I felt that if I was going to write songs, then I had to record them as well. I contacted a friend who has a studio in Cape Town and asked him to help me. He offered his help for whenever I came down to Cape Town. He also said he would get some musicians together to assist as well. I managed to get down to Cape Town, and there was a session guitarist, Manfred working there, who without me saying anything, had already listened to the songs and played chords and notes that were almost straight from my head; he understood exactly what I wanted from these songs. It was amazing. He didn’t even know me and it was as if he knew me.”

“On the last day of recording I mentioned to him that I felt that he understood my music and me better than anyone, and that it is quite rare to find someone like that. We had a great synergy. I asked him if I ever came to Cape Town whether he would form a band with me. He said he could help me out here and there, but in my head I just heard YES. I went back to Joburg as a changed man; a song writer who was going to start a band, and not just a software developer, which was my profession at the time.”

“A few months later I contacted him to tell him that I found a job in Cape Town, and I was moving down there and that we were going to start a band. During my time of moving, he sent me a guitar riff and just from that I wrote a complete song. It was only meant to be an introduction, but from a drop I made a full fountain and this blew him away.”

“I got to Cape Town and Manfred and I became an acoustic folk duo who wrote songs; we wrote about 20-25 songs in that first week. A year later we had already started gigging and touring in Cape Town and Johannesburg.”

“In 2015, we decided that we need to put music out there, and so wrote a couple of songs like Hurricane, What I Say, Something Good… We recorded 7 tracks in Stellenbosch and it was our first ever band recording. We submitted to radio and a lot of stations then picked it up. We were on radio, people were listening and knew who we were.”

“We decided to properly tour in 2016 and we put out an ad for a drummer. We auditioned a lot of people. We needed someone who understood the sound, who fit the culture of the group. Eventually Eduan came along. He fitted. He played our first gig with us on TV, live. It was crazy. It was exhilarating.”

The band have played Splashy Fen, Oppikoppi and Smoking Dragon, but what has been a band highlight for you?

Given:
“A major highlight was the One Side Acoustic gig that we played with the late Bra Hugh Masekela and Majozi. It was phenomenal. That gave us more motivation to carry on. We learned so much by watching him. We couldn’t believe that we were such a new band and that we shared a stage with Bra Hugh.”

“Another highlight was when we were invited to play at a few shows in the UK and Ireland, and that was phenomenal. That was our first time overseas, playing to an international crowd on international soil, in two different countries. We played at a venue where great bands and musicians had played, like Coldplay, Amy Winehouse, Ed Sheeren, The Script, Adele… People bought our CDs. The cultural experience and musical growth that came out of it from watching other artists as well was insane.”

How did the James Morrison gig came about?
Given:
“Before we went overseas, after the Bra Hugh gig, we were in Johannesburg and we went to visit the late Bra Hugh’s manager, Josh. He told us that the event organisers were putting together a list of musicians to possibly play and open for James Morrison. He said he would put our names through. He sent it in, we went to Ireland and the UK and of course forgot about it. When we got back, about 2 days later I got a call ‘what are your plans for next year, January?’ I wasn’t sure at the time and mentioned that I am not sure if we will be able to visit Johannesburg. He continued, ‘Ok so you won’t be here in January even if you are to open for James Morrison?’”

“I have never sang such a high note in my life. I couldn’t believe it. Then I looked at Manfred, and tried to be all cool, and said to him ‘so remember the James Morrison thing? It’s happening.’ We all freaked out. We were so excited. Everything came together.”

This is a fantastic opportunity for you guys.
Given:
“It feels so special because I remember in 2009 when I was starting my career as a software engineer, I was given a James Morrison CD. The songs on there made 2009 for me. ‘You give me Something’ and ‘Please don’t Stop the Rain’ were the songs for my 2009. I believed that if he ever came to South Africa, I would want to see him. I never knew that I would one day open for him, back then I didn’t even think I was going to be a musician. And now I am going to see this guy perform his songs live, and I have the opportunity to take a selfie with him and perform and open for him.”

“Opening for someone you respect is amazing. It is something to look up to. Even if I don’t do anything else in my life, I can say that I’ve done this and be happy.”

Showtime Management is pleased to announce an extra concert on Thursday, 24 January 2019 at Montecasino’s Teatro. Tickets are on sale at Computicket.

For more information, go to: http://www.bsharpentertainment.co.za/james-morrison-in-sa/