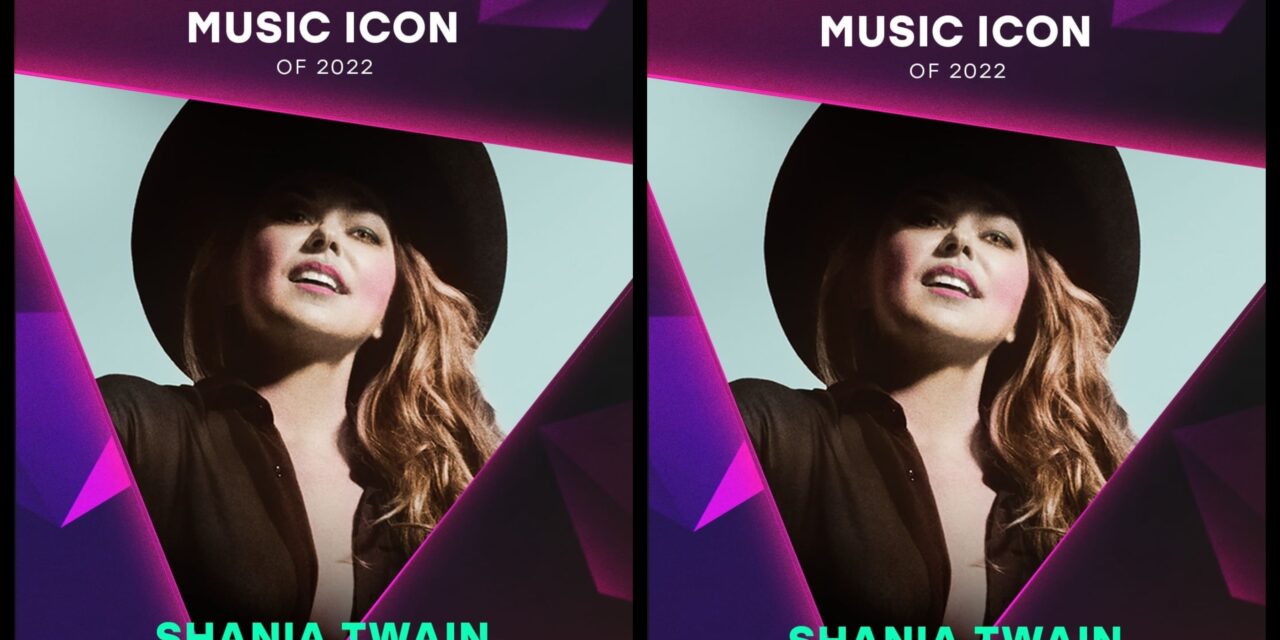 As the top-selling female country pop artist of all time, Twain is being honored for her record-breaking career which has spanned over four decades. With such enormous hits like “That Don’t Impress Me Much” and “Man! I Feel Like a Woman!,” Twain has expertly bridged the gap between country and pop music, leaving an everlasting impact on the music industry and pop culture.
The 2022 People’s Choice Awards will air on E! on Tuesday, December 6 starting at 04:00 am CAT, from the Barker Hangar in Santa Monica, CA.

In addition to receiving the award, Twain will take the stage to perform a medley of her greatest hits as well as her new song “Waking Up Dreaming” off her forthcoming sixth album “Queen of Me,” set for release on February 3, 2023. It will mark her first return to the PCAs stage since 2005, when she took home the award for “Favorite Country Female Singer.”

“I’m so incredibly honored to be named ‘Music Icon,’” said Twain. “I have some of the greatest fans in the world. They have supported me since the early days, and it’s their love and passion that keeps me going. I’m thrilled to go back on tour and bring my new music and fan favorites to them, and what better way to start than at the People’s Choice Awards!”
“Shania has paved the way for many multi-genre artists throughout her impressive career as the ‘Queen of Country Pop,’” said Cassandra Tryon, SVP, Entertainment Live Events, NBCUniversal Television and Streaming. “Her music has withstood the test of time and her fans have multiplied over the years. We are delighted to honor her with this award, and can’t wait to see her perform some of her greatest hits.”

Global superstar, celebrated songwriter, and style icon Shania Twain is a five-time Grammy Award winner and one of music and fashion’s most renowned trailblazers. With five albums released and more than 100 million albums sold worldwide, Twain remains the top-selling female country pop artist of all time. Her hits include “Any Man of Mine,” “That Don’t Impress Me Much,” “You’re Still the One” and “Man! I Feel Like A Woman!” Twain was the first artist in history to release three consecutive Diamond certified albums. Twain’s first album in 15 years, “NOW,” was released in September 2017 and debuted at No. 1 on the Billboard Top 200 albums, making it the first female country release in over three years to top the all-genre chart. The release was followed by a year-long sold-out “NOW” World Tour.

In 2021, Twain kicked off her second residency in Las Vegas called “Let’s Go!” which completely sold out and continued through September 2022. In July 2022, Netflix released “Shania Twain: Not Just a Girl,” a brand-new, career-spanning documentary on Twain’s life and career with an accompanying Highlights album. In October of this year, Twain announced the release of her new album “Queen of Me,” due for release February 3, 2023, along with a global “Queen of Me” tour that kicks off in April 2023. “Queen of Me” notably stands out as her sixth original full-length offering, first record since 2017, and official debut for her new label partner Republic Nashville, a division of Republic Records.