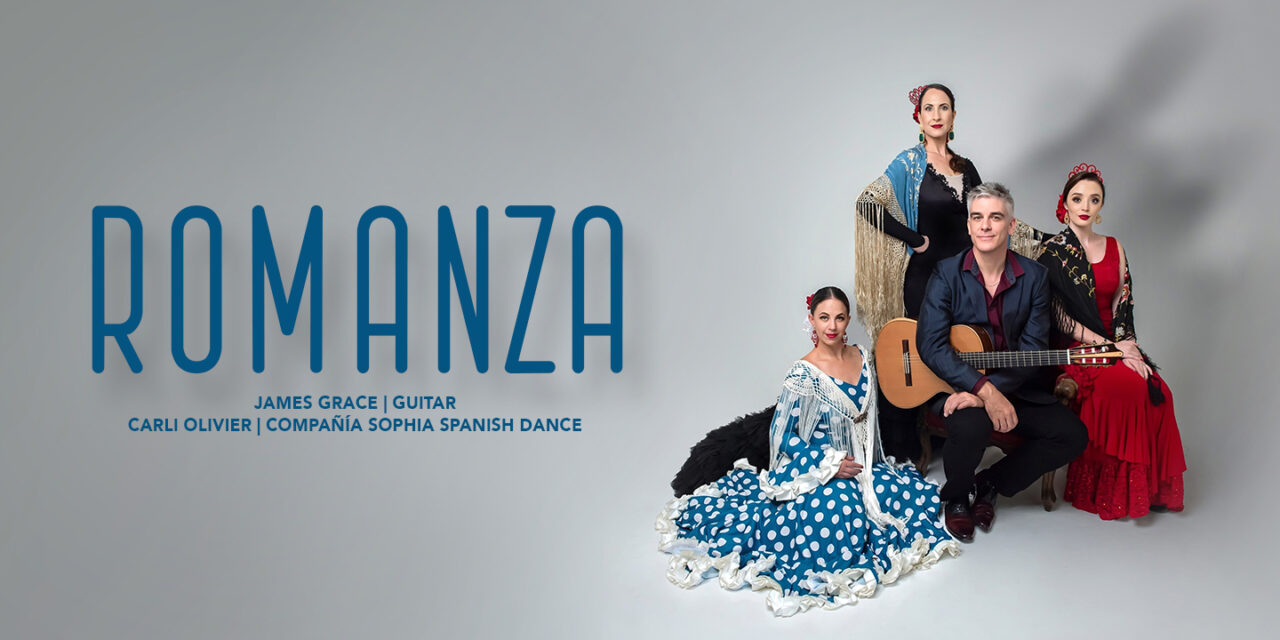 Following sold-out seasons of RECUERDOS at both Pieter Toerien’s Theatre on the Bay in 2017 and the Pieter Toerien Theatre at Montecasino in 2018, internationally acclaimed and award-winning South African based guitarist JAMES GRACE once again joins forces with COMPAÑíA SOPHIA, directed by Spanish Dance choreographer and principle dancer CARLI OLIVIER to present their brand-new production, ROMANZA; a Spanish-inspired guitar and dance programme featuring music from Grace’s recent SAMA-winning album ANADALUZA – MUSIC OF SPAIN III, including specially arranged works by composers including Albéniz, de Falla, and José Galván with original choreography by Olivier.

As always, allow the sway of skirts electrified by flamenco dancers with the sounds of guitar and castanets transport you to the beauty and romance of Spain. Book now!