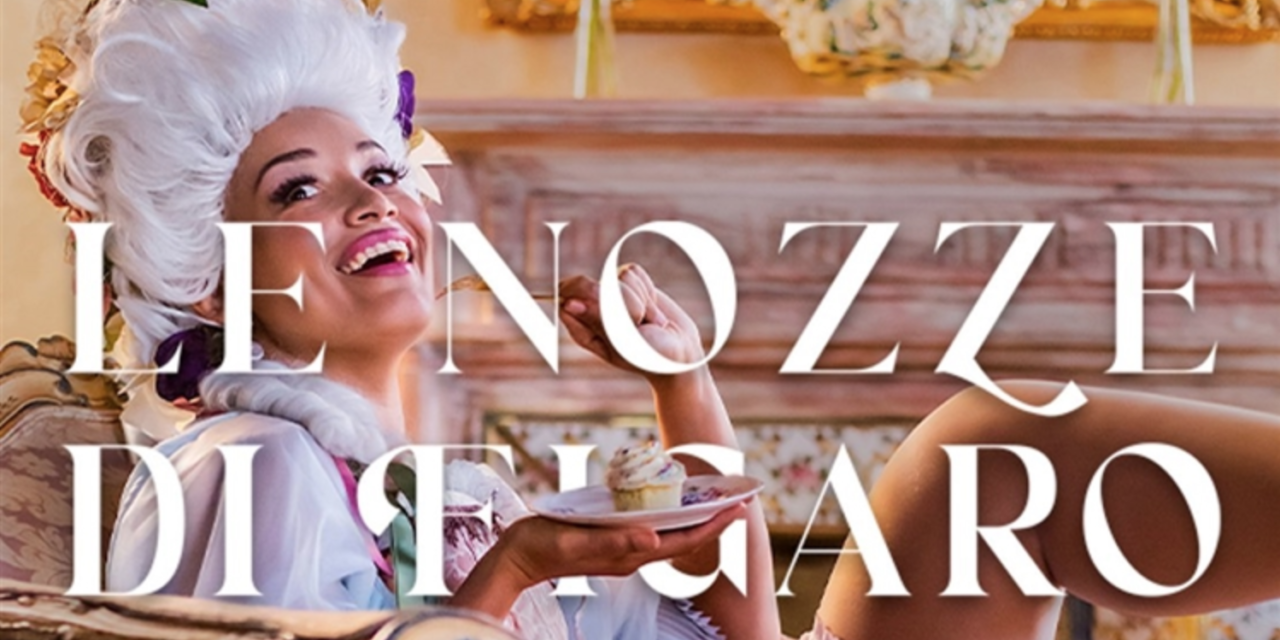 Tickets costing R220 each are on sale at Webtickets.co.za. Owing to current COVID-19 regulations, seating is limited and patrons are encouraged to book early on line or through Webtickets at Pick ‘n Pay outlets.

“We are delighted to welcome Cape Town Opera, Africa’s Premiere Opera Company to the Roodepoort Theatre and to host to one of the most performed and best-loved opera’s worldwide.” says Pritheven Pillay, General Manager Roodepoort Theatre who added: “We believe a production such as Le Nozze di Figaro is symbolic of our commitment to supporting and growing local talent. We therefore respectfully encourage audiences share our vision by returning to the theatre.”

The production, a collaboration between Cape Town Opera (CTO) and the Gauteng-based Sempre Opera, is directed by CTO’s Magdalene Minnaar, with set and costume design by Maritha Visagie and Rabia Davids, movement direction by Fiona du Plooy and lighting design by Nicolaas de Jongh.

The Sempre Opera Instrumental Ensemble will be conducted by Schalk van der Merwe, whose fresh new presence on the podium befits an opera by a young composer. Unbelievably, Mozart was barely 30 when he wrote Le Nozze di Figaro!

Director Minnaar relishes her part in staging what she sums up as “a perfect opera in every way,” with good reason. This gem of the repertoire may be found in a symbiosis of farce, political comment, and psychological finesse as sublime music is married to a rich text. Sparkling but never superficial, darker issues still relevant today are discernible to alert audiences beneath its shimmering surface. This work is adapted from the second novel of a sprightly trilogy by the 18th-century author Pierre-Augustin Caron (Beaumarchais). His cheerful cynicism matched the spirit of his age, and it is apparent in Le Nozze di Figaro.

Here we have the sequel to Le Barbier de Séville (Rossini), where a younger, more sentimental Figaro promotes the obstacle-fraught romance and marriage of a lovelorn Count (Almaviva) and an equally smitten girl (Rosina). In Mozart’s Le Nozze di Figaro, a decade later, the lustre has worn off their once radiant union; the Count has become an inveterate lecher, and his Countess is understandably depressed. Once more, Figaro comes to the rescue with the added incentive of jealousy. His comely fiancée Susanna has caught Almaviva’s wandering eye . . . and his betrothed ably abets him in frustrating the adulterer’s intentions. Between them, the Count’s social inferiors outwit Almaviva and contrive to reignite his love for the wronged Rosina. In the end, all’s well that ends well, in the best of comic opera tradition. A couple of entertaining sub-plots are added to this central plot to pique the audience’s interest up to the dénouement.

Minnaar and Visagie approached the production with a view to this year’s CTO themes of Sustainability, Creativity, and Diversity, in light of which they created modular set units for reuse in future productions on stages of varying sizes. Costumes, wigs, props, and furniture form a great collection, judiciously upcycled from the existing CTO and Artscape stores. Inspired by the Rococo aesthetic, Minnaar opted for a period look-and-feel but took a few liberties here and there to give it a unique modern twist. All in keeping with Mozart’s sense of fun. “I wanted to create a world inspired by the romanticism of artful decay. It encapsulated the opera’s story and the world we currently live in,” says designer Maritha Visagie.

Book now at Webtickets. All COVID protocols will be observed. Seating is unreserved. Patrons will be seated on arrival at the venue by the ushers in accordance with social distancing protocols.