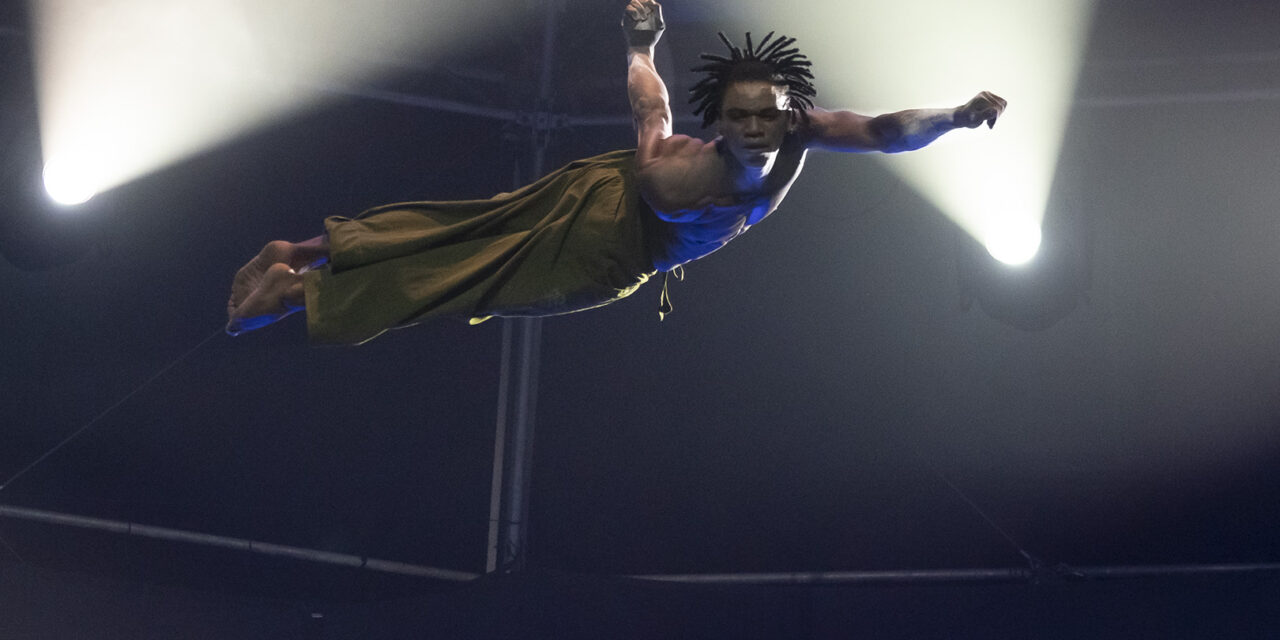 MOYA, the live show of the Zip Zap professional company, will travel to Johannesburg for a limited run at The Teatro at Montecasino from 4 to 7 August 2022, before the cast travels to Europe for a 3-month contract in France.

This contemporary circus show, rooted in South African culture, and seen through the eyes of our youth, is a celebration of both unity and diversity, through its unique and artistic interpretation.
Prepare to be spellbound by daring aerial artists, juggling that will leave you wanting more and an acrobatic wheel routine that will leave you spinning. Along with these traditional circus acts, MOYA brings South African art forms to the forefront. The gumboot dancing not only demonstrates the communion that this type of movement brings about but also highlights what Zip Zap Circus ultimately stands for: diversity, social cohesion, and empowerment through the circus arts.
Through this masterly crafted thought-provoking voyage, the audience will come to understand true storytelling through movement. Not only will they bear witness to the journey; they will become one with the journey.

“The level of mastery of circus arts on display in MOYA is world-class, the creativity is inspiring and what captivates me every time is the bonding amongst the cast and their ability to share their joy of performing. Come and see for yourself!” Laurence Esteve, CEO, and co-founder of Zip Zap Circus enthused.

It has been a long journey for the cast of MOYA. Even though the show was conceptualised in 2019 to tour internationally, plans were placed on hold due to the COVID-19 pandemic. Instead, the concept was re-imagined as a movie. MOYA, the award-winning acrobatic art film, was released in 2021 to huge acclaim, and won several international awards. MOYA, the live show, was performed on stage for the first time in February 2022.

The show will run from Thursday 4th to Sunday 7th August 2022. Bookings for the performances are now open and are available at Quicket, with ticket prices ranging from R190-R290. All COVID-19 protocols are strictly adhered to.

The show runs for 1h15 with no interval, and an age restriction of 6 years and younger applies.

MOYA Live is proudly supported by the National Arts Council, the Department of Sports, Arts & Culture, the Embassy of Switzerland, Cav’ Platform a project of the Goethe-Institut, TotalEnergies Marketing South Africa, and the French Institute of South Africa (IFAS).