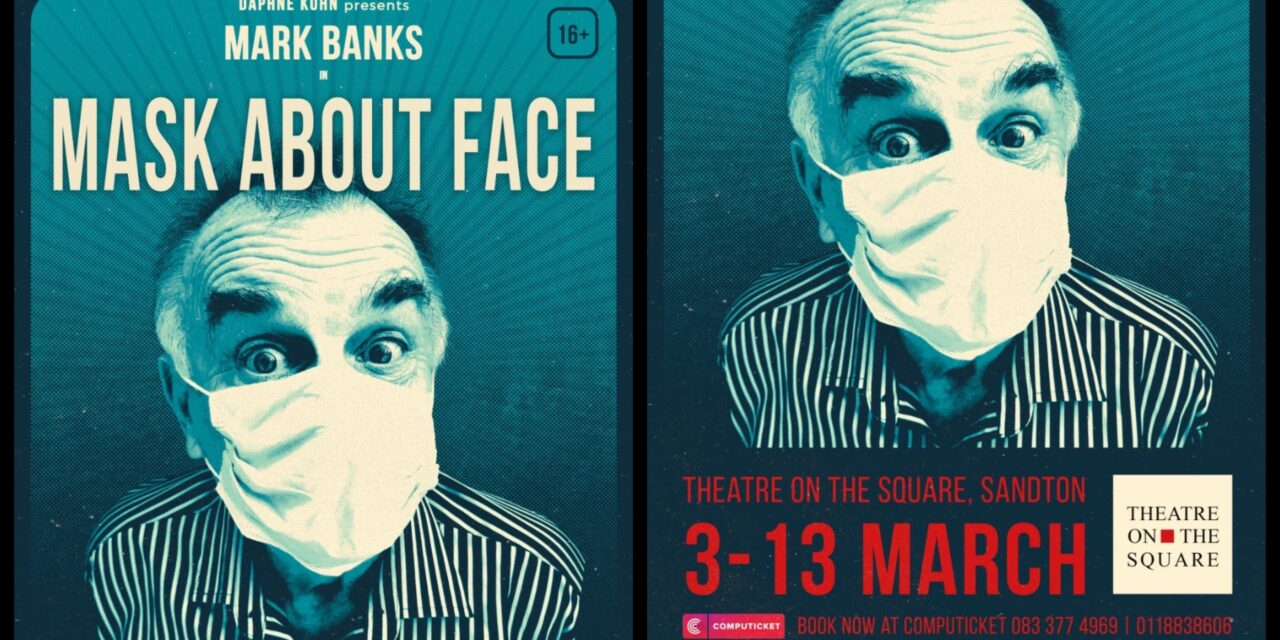 What you see on stage is what you get off stage with Mark Banks; an incredibly seasoned, experienced, intelligent, funny person who has no airs about him, and who sees it and then says it like it is.
Even during a serious conversation, his quips are so sharp that you have to take a minute to figure out whether he is joking or being serious – and therein lies the genius. There is seriousness and truth in comedy and vice versa. Even though, in Banks’ words “comedians are an endangered species” due to cancel culture, it is during this time that comedy is so important and that is why this chat with Banks will leave you thinking about the seriousness and importance of comedy – “comedy is a form of discussion” says Banks, and it’s a discussion we all need to have, but also without comedy we are doomed. “Laughter is a great weapon of mass destruction” he continues. I think you get the point.

We speak about his new show Mask about Face, which is a word play on various elements; Covid, lockdown, masks, the facade, the mask we wear, facing yourself, etc…
The show consists of all new material with stand up, new characters including a neurotic Estate Agent, and lots of audience participation.
The audience interaction is what Banks is most excited about as it creates an unpredictable show with original content, where no one night is the same. Anything can happen.
Watch Mark Banks walk on stage as “a previously advantaged person” in Mask About Face at the Theatre on the Square from the 3rd to the 13th of March 2022. It is a short run, so don’t miss it.


Definitely a secure 6 out of 10. You need to listen to the full interview to understand this reference.

For the full interview, listen here:

For more information about the show, click on link: https://bsharp-entertainment.com/mark-banks-in-mask-about-face/