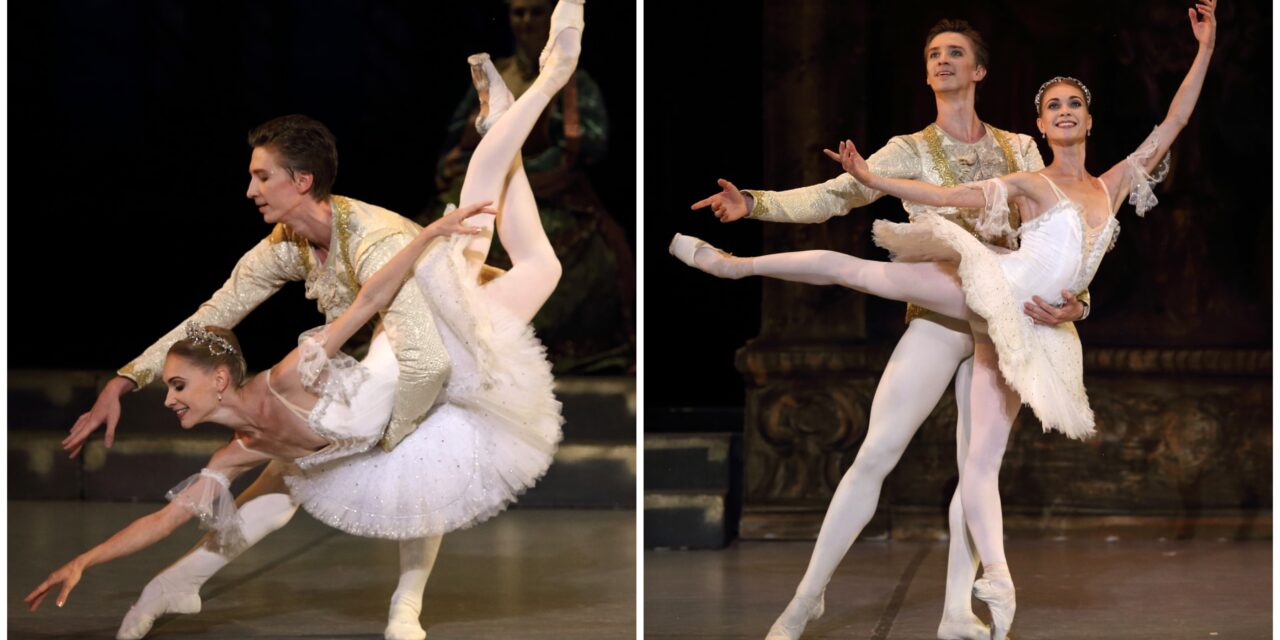 They will perform on Saturday 11 February, Tuesday 14 February and Friday 17 February, with all performances starting at 19h30. The pair last danced together on the Artscape stage in 2019 for Cape Town City Ballet’s production of Denise Schultze Godfrey’s Sleeping Beauty.

CINDERELLA runs from 4 to 19 February 2023 at Artscape in the Opera House. Bookings can be made at Artscape Dial-A-Seat 021 421 7695 or through Computicket – https://tickets.computicket.com/event/cinderella/4438168

The CPO will also accompany the dancers of Cape Town City Ballet at a number of other performances.

“We welcome back our esteemed international guests to perform the roles of Cinderella and Prince Charming in this classic magical tale alongside the talented dancers of Cape Town City Ballet,” says Debbie Turner, CEO of Cape Town City Ballet. “What better way to start 2023 than with an enchanting story where good always prevails over evil.”

“We are also delighted to announce our acclaimed South African guest artists Mervyn Williams and Marcel Meyer as the Ugly Step Sisters. Audiences are in for a treat as they gleefully love and loathe these two charming characters,” says Turner.

Mervyn Williams has been making magic for an incredible 36 years at CTCB, both on and off the stage, first as a dancer and now as Head of Wardrobe as well as managing their Education, Skills Training and Enterprise Development programmes. He regularly performs as a Guest Artist with the Company, most recently in Romeo and Juliet. Marcel Meyer is a seasoned, multiple award-winning performer who has previously joined CTCB on stage in productions such as A Christmas Carol – The Story of Scrooge and The Nutcracker.

The tour-de-force creative team unites for the production, with Choreography by Veronica Paeper, Costume and Décor Design by Peter Cazalet and Lighting Design by Wilhelm Disbergen. CINDERELLA is performed to music by Sergei Prokoviev, with libretto by the Brothers Grimm 1812.

CINDERELLA is the classic folk fairytale of the sweet-tempered Cinderella, a young woman with a heart of gold who is left in the care of her two ungainly, forgetful and generally disagreeable step-sisters, Violet and Daffodil, contributing to Cinderella’s woes.

Relegated to the role of a kitchen maid in her own home, she scrubs and cleans all day dressed in rags. The Prince who lives in the castle across town, decides to hold a magnificent ball in search of the perfect bride, and sends invitations out far and wide. Cinderella is unable to attend the ball…. she has nothing to wear anyway!

Then magic happens…. Enter a Fairy Godmother and her miracle wand, Cinderella goes to the ball in a beautiful ballgown and a fantastical carriage. The twist in the story is that she must promise to return home by midnight when the carriage will turn back into a pumpkin. Dancing the night away in a whirl of glamour with the prince, the clock starts to strike midnight, and Cinderella flees home inadvertently leaving one of her crystal slippers behind.

The lost slipper is found and a nationwide search ensues for the golden girl to whom the slipper belongs. A gloriously happy ending emerges in which Cinderella and her Prince live happily ever after!

The production is suitable for 5 years and over. Please note that NO CHILDREN under 5 years old will be permitted to enter the auditorium.

CASTING IS SUBJECT TO CHANGE IN UNFORESEEABLE CIRCUMSTANCES BEYOND THE CONTROL OF CAPE TOWN CITY BALLET.