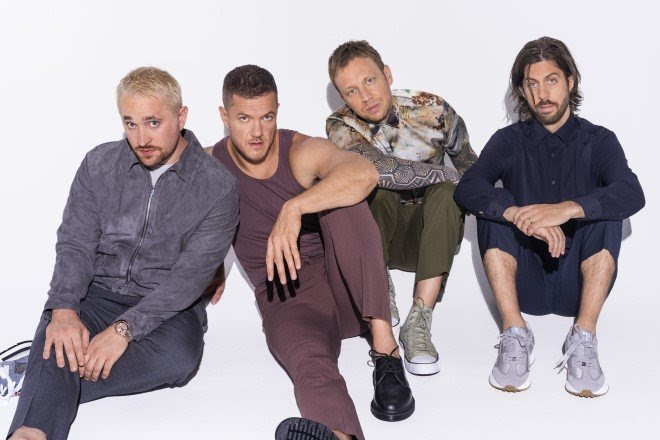 Teaming up with esteemed producer Rick Rubin, Mercury – Act 1 is a candid album that abandons metaphorically charged lyrics and instead embraces emotional extremities, holding nothing back. The title draws inspiration from the word “mercurial.”

“This whole record is about high highs and low lows, and that’s where the name Mercury came from,” says frontman Dan Reynolds in a previously released trailer for Mercury – Act 1. “So that’s what this record is really about, is dealing with grief, dealing with losing people, and also celebrating life.”

Earlier this week, “Demons” by Imagine Dragons was certified Diamond (10x Platinum) by the RIAA making them the only band to have three RIAA Diamond singles – “Radioactive” (14x Platinum) and “Believer” (10x Platinum) are the others in that category. “Radioactive” is also tied for the highest single certification with Lil Nas X’s “Old Town Road” and Gotye’s “Somebody That I Used To Know.”

The album’s current single “Wrecked,” released July 2, debuted at #2 and #4 on Spotify’s Top 10 Global chart & Top 10 US Chart respectively. “Wrecked” is a powerful and raw outpouring about grief, loss, and moving forward. Reynolds started writing the song shortly after losing his sister-in-law, Alisha Durtschi Reynolds, to cancer. The single garnered critical praise for its emotional honesty and sonic power, with Billboard writing, “The fragility in Reynolds’ vocal delivery is moving — the rock star is stripped bare on the track, and even when the chorus swells to meet the band’s arena-sized approach, the singer holds onto that naked emotion for guidance.” The song’s accompanying music video – like the song itself – finds Reynolds in a confessional visual and exploration of grief.

“Follow You,” released March 12, reached No. 1 on both Mediabase’s Alternative Radio chart and Billboard’s Alternative Airplay chart. It marked the band’s quickest ascent to the top of the Billboard chart, surpassing the seven-week climb for “Natural” in 2018 and eight-week climb for “Believer” in 2017. “Follow You” is a love song written by Reynolds upon re-marrying his wife after the couple had separated. “I wanted [the song] to represent a love that is realistic. One where love isn’t perfect, but it endures,” Reynolds has said of the track. The single’s accompanying music video, featuring Rob McElhenney & Kaitlin Olson of It’s Always Sunny In Philadelphia, offered a cheeky visual companion piece to fans and caught the attention of press. The video has amassed over 41 million views to date.

“Cutthroat” was released simultaneously with “Follow You” – the gritty, cinematic video for the song stars Olivia Munn growing increasingly agitated at the DMV and visually depicts the song’s frenetic energy.