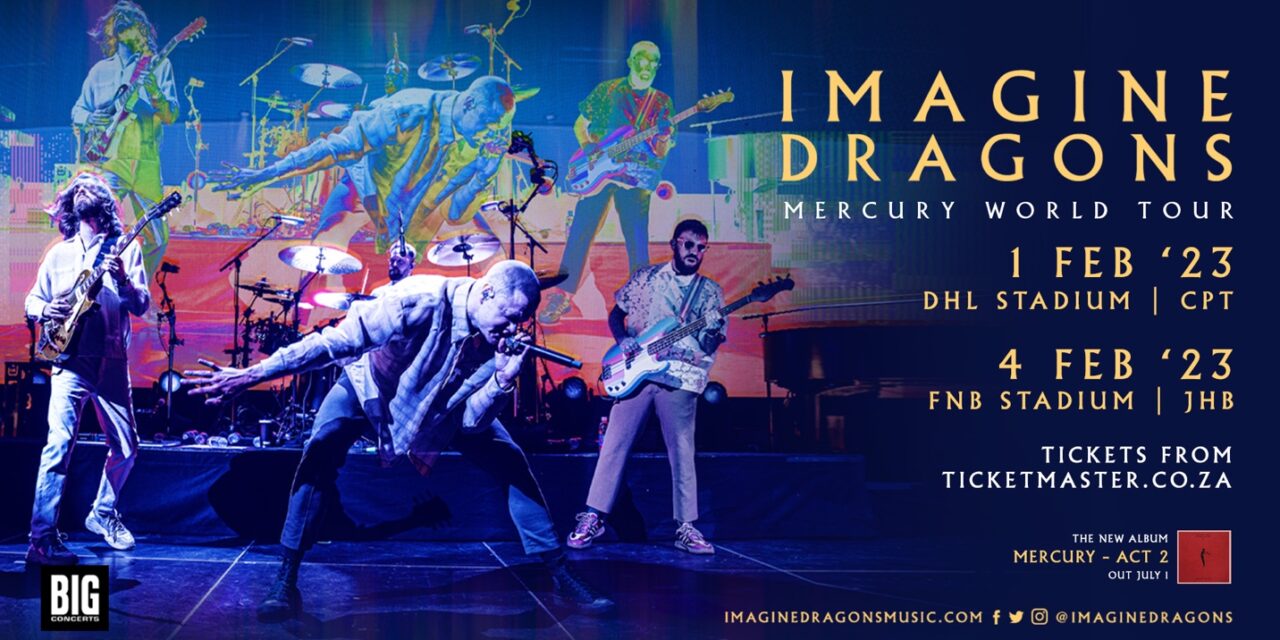 Multi-platinum Grammy award-winning rock band Imagine Dragons announce the South African leg of their massive Mercury World Tour. Produced by Live Nation, the tour celebrates the release of their latest album, Mercury – Act 1 (KIDinaKORNER/Interscope) kicking off in Cape Town at DHL Stadium on Wednesday 1st February 2023 and then heading to FNB Stadium, Johannesburg on the 4th February 2023. This tour marks the band’s biggest shows of their career to date.

On the heels of “Enemy,” which has topped the Alternative Radio chart for the past seven weeks and is rapidly ascending at Top 40 radio (#10) and Hot AC (#9), Imagine Dragons unveiled their new single, “Bones,” the first new music from their forthcoming release Mercury – Act 2. A spirited examination of life and death, the song explodes with an infectious chorus that celebrates the intangible spark that ignites our beings.

TICKETS: Tickets are available from https://ticketmaster.co.za