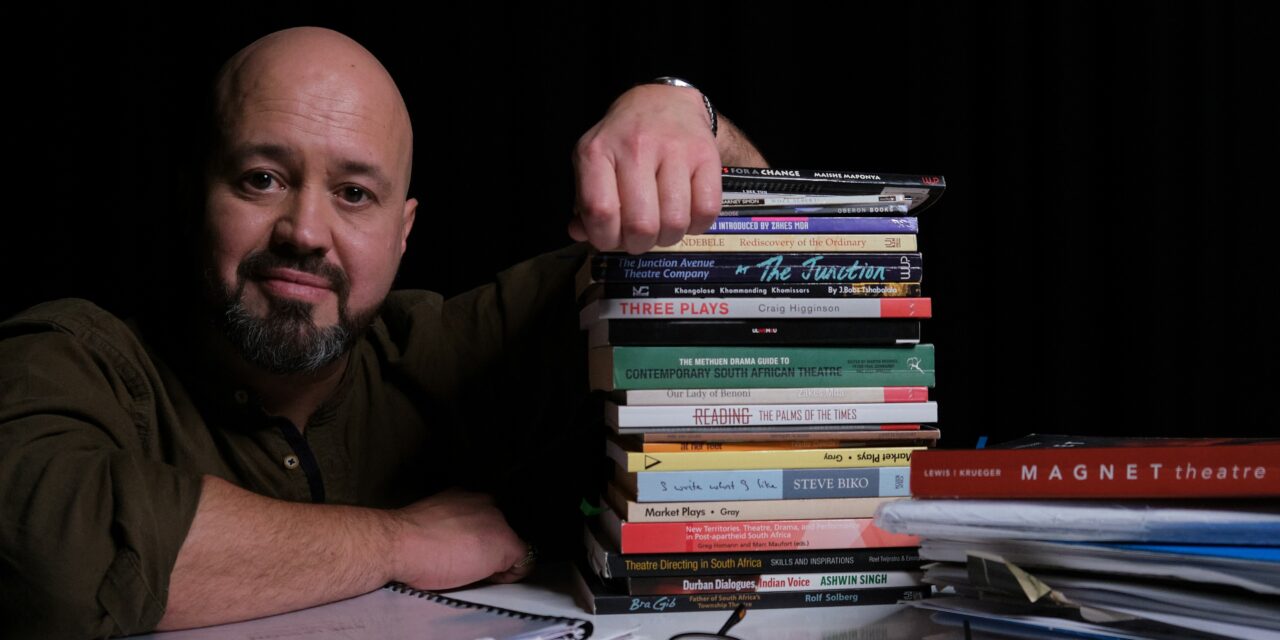 The Market Theatre Foundation is pleased to announce the appointment of Greg Homann as its Artistic Director. The choice of Homann for this important role signals the ambition of the Foundation to position itself at the apex of artistic performance. Homann brings a wealth of experience as a director, writer, mentor and cultural historian to this role.

Homann has been widely celebrated for his landmark roles in the world of theatre, and over the last decade, he has established himself as one of the outstanding figures in South African theatre.  Amongst his directorial credits are six new South African plays that have made their debut under his direction. He has been a member of the National Arts Festival Artistic Committee where he advised on the overall curatorial orientation, reported on proposals to the Main theatre programme, and served as an ambassador for the festival.

“It gives me great pleasure to extend my warmest congratulations to Greg on his appointment as the Artistic Director of the Foundation. I look forward to working with him as we work for the improvement of our business and the industries we service” says Tshiamo Mokgadi, the Chief Executive Officer of the Market Theatre Foundation.

Homann has bold plans for the Market Theatre and has indicated that he intends to hit the ground running. “Soon after taking up the role, I want to initiate a multi-pronged new plays development programme aimed at writers, playwrights, and theatre-makers of all experience levels. Let’s invest time and energy into preparing our untold stories for future production.”

Homann has deep respect for the history of the Market Theatre Foundation and he has expressed his desire to tap into this deep well of historical goodwill. “For almost 50 years The Market Theatre Foundation has served as an unflinching platform for the very best actors, performance artists, directors, playwrights, theatre-makers, designers, and visual artists in this country. It has given our most socially engaged and politically conscious storytellers a voice. I believe a significant part of the job is to open the door to the next generation of such artists,” adds Homann.

Prior to his appointment at The Market Theatre Foundation, Homann brought his decisive leadership style to institutions such as The Wits School of Arts and AFDA Johannesburg where he was the Head of the School of Live Performance. Homann was for a time Resident Dramaturg at The South African State Theatre.

In the USA he has served as dramaturg on Syracuse Stage’s 2021 production of Athol Fugard’s ‘MASTER HAROLD’…AND THE BOYS and has more recently been working with San Jose Stage in California on the world-premiere of L. Peter Callender’s STRANGE COURTESIES.

His past productions at The Market Theatre are LORD OF THE FLIES, BROTHERS IN BLOOD, DELIRIUM, FLORENCE, and THE LESSON. Other career highlights to date include A VOICE I CANNOT SILENCE, a five-man version of THE PIRATES OF PENZANCE, PTERODACTYLS, SATURDAY NIGHT FEVER, AIDA ABRIDGED, OEDIPUS @ KOÖ-NÚ!, and creating IN OUR SKIN under commission as Associate Artist at the Midlands Arts Centre (MAC) in the UK which drew on verbatim interviews to depict the lives of gay men living in Birmingham and Johannesburg.