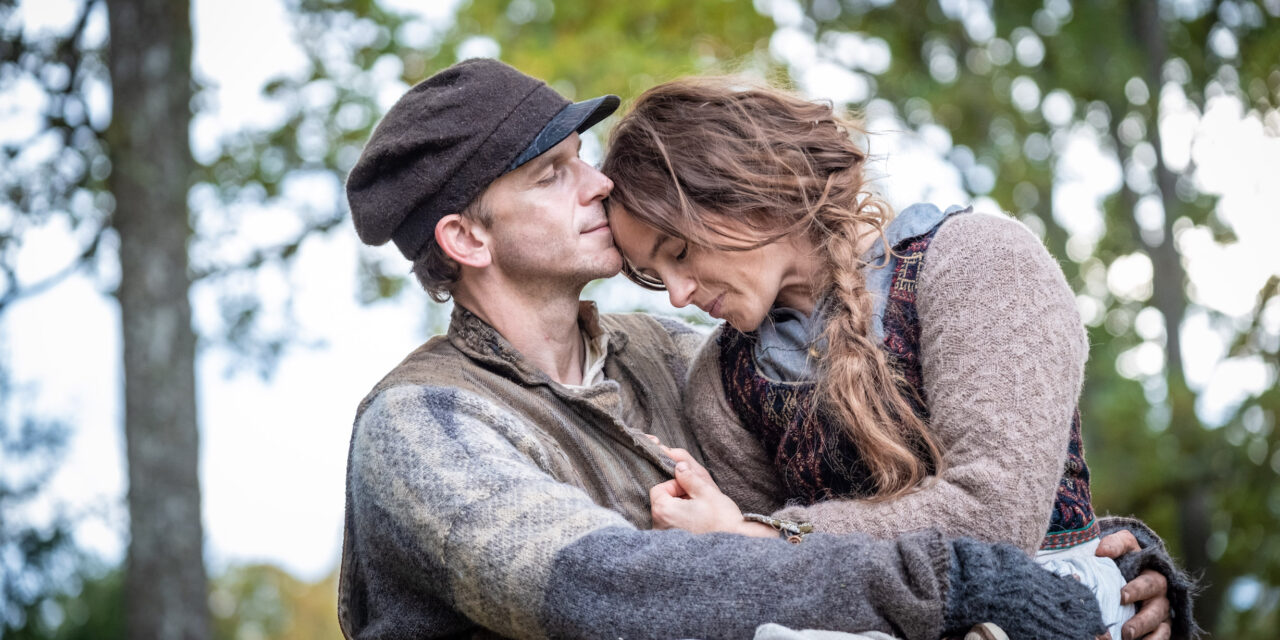 The European Film Festival in South Africa goes hybrid for its 9th edition between 13 and 23 October.

Festival co-director Magdalene Reddy explains that the festival will continue to cater for its viewers and followers who have become accustomed to the ease of watching films in the comfort of their own homes, while also providing for those who long to return to the full cinema experience. The online screenings will be free while a ticket price will be charged for the theatre screenings. Each film will have a single screening at both Ster-Kinekor’s The Zone in Johannesburg and at The Labia in Cape Town.

Sixteen award-winning films, eight of them by women directors, will be screened. This year’s theme, Innocence and Beyond, explores innocence not just as a legal concept, but as a human quality. This includes two stand-out perspectives through the eyes of children in Petite Maman and Playground. Petite Maman is a tender tale of memory, friendship, and family by the gifted and often unpredictable French filmmaker Céline Sciamma, while in Playground Belgian director Laura Wandel deploys cameras rigged at child level to effectively portray the emotions and experiences of school bullying from a child’s point of view.

There is no set age for when loss of innocence can occur and a number of films focus on youth as they navigate the often turbulent process of growing into adults. From the Netherlands, Shariff Korver’s slow-burning psychological thriller Do Not Hesitate depicts unprepared Dutch youths thrown into the crucible of war, a situation complicated by their naiveté when encountering other cultures. Swiss film Olga, by Elie Grappe, is a tense but sensitively handled tale of exile reflecting the clash between the personal and the political in a young Ukrainian gymnast’s search for identity against the backdrop of revolution in her mother country. The riveting women-driven film Small Body is an adventure story infused with a wonderful mythological sensibility that earned Laura Samani the best new director prize at Italy’s David d’Donatello awards. How much does innocence inform a young woman’s quest for love and meaning as she enters her 30s without any idea about her identity and purpose in life? This is the question in Joachim Trier’s The Worst Person in the World, a Norwegian/ French/ Danish/ Swedish co-production that earned two Oscar nominations this year. Then, Stefan Arsenijević’s Serbian/ French/ Luxembourgian/ Bulgarian/ Lithuanian co-production As Far As I Can Walk highlights that it’s not just securing a roof over one’s head but also the challenges of emotional and intellectual deprivation that young migrants in Europe face today.

Is innocence solely about what’s right and what’s wrong? Sometimes it’s about what we don’t do. Sometimes it’s about making choices that impact both ourselves and those around us, and in some cases society and the wider world? Silent Land, by Poland’s Aga Woszczyńska, is a case of what the protagonists didn’t do, and how that leads to the collapse of a relationship. The film is also about the collapse of value systems in the modern world, about a general indifference to reality, and about social lethargy. Erik Poppe’s Swedish film The Emigrants is an epic period drama about a poverty-stricken family who emigrate from Sweden to the United States in the 1800s. Told from a woman’s perspective, their search for a second chance in life is, like the stories of migration in our current era, about a journey of hope. From the Republic of Georgia, Levan Koguashvili’s comedic Brighton 4th is a portrait of parental sacrifice and the love of a father for his son that also offers an authentic look at the immigrant experience and the elusiveness of the American Dream. Enveloped in music and humour, Ali and Ava, written and directed by one of the UK’s most distinctive cinematic voices, Clio Barnard, is about a couple from different cultural backgrounds beginning a relationship with a mixture of nervous excitement, openness and innocence. The Good Boss, directed by Fernando León de Aranoa, is the Spanish film in this year’s festival – it’s a hilarious satirical comedy about the indignities of working life, with the questionable innocence of Javier Bardem in the spotlight.

Overturning conventional definitions of innocence Austrian Sebastian Meise’s Cannes-winner Great Freedom explores tenderness, love, lost time, and the tenacity of the human spirit while chronicling an ignominious chapter in queer history. Portuguese director Catarina Vasconcelos’s unorthodox film The Metamorphosis of Birds sifts through the memories and dreams of her ancestors in an extraordinary homage that demonstrates how something deeply personal can be profoundly universal. Is a humanoid robot innocent? That’s one of the questions in the witty and delightfully entertaining German film I’m Your Man by Maria Schrader. It’s a spunky sci-fi dramedy that also asks what it is that humans want in relationships, and if AI beings should have rights.

Finally, the world is again witnessing and affected by a terrible war, and innocence is an unfortunate casualty during wartime, at all levels. Along with the already mentioned war drama Do Not Hesitate, there is director/screenwriter/editor Maryna Er Gorbach’s Ukrainian-set drama Klondike. About the travails of parents-to-be living near the Russian border this film couldn’t be more timely as it exposes the absurdity of war and how it affects those who aren’t directly involved just as easily as those who are.

Side Events
Real-time Zoom panel discussions and Q&A’s with film directors will enrich the experience and understanding of the filmmaking processes and motivations as well as the topics raised in the films, while a programme of Filmmaker Engagements is formulated to inspire young filmmakers at film schools in South Africa. In addition, with an emphasis on youth, the festival will again provide a number of screening and discussion programmes at select secondary schools and community centres in different parts of the country.

For film synopses, trailers and how to watch visit https://www.eurofilmfest.co.za