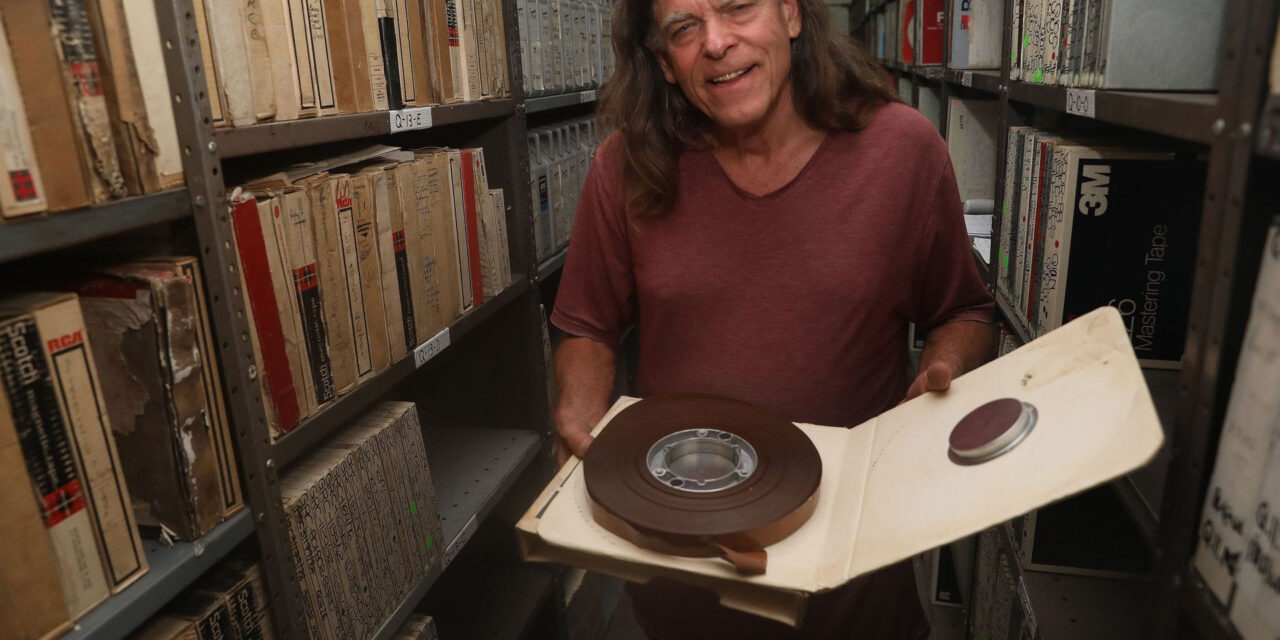 Episode 3 of the Gallo Vault sessions explores the fascinating and complex history and evolution of Afrikaans music from the early 1900s, to the rise of nationalist politics, through to Musiek en Liriek, the folk-rock cultural movement of the 70s where the critical white voice starts to be heard. It then goes on to the Voëlvry tour and the explosion of protest; through to today where the musicians try to navigate the post-apartheid space.

The episode titled Afrikanerdom: Dysfunction and Aspiration, is accompanied by a curated mix by musician Abraham Mennen, tracing his favourite Afrikaans language sounds.

Whilst it is clearly understood how the Broederbond and by extension, the SABC attempted to control the airwaves and retribalization of South Africa’s black communities, it is not often understood how the sound of whiteness and in particular, Afrikanerdom was also constructed. The authorities determined what it meant to be a Good Afrikaner.

The episode mines Gallo’s vast Afrikaans catalogue, music recorded between the 1930s and 70s, which it turns out makes up the majority of the archive. It explores amongst other things:
The short career of David de Lange who sold more than a million albums in the 30s, yet never received any radio play in South Africa because as a poor white mineworker and boeremusiek musician, he did not subscribe to the establishment’s parameters of “ordentlikheid”;
Many of the most famous Afrikaans songs were simply re recordings of German Schlager and American Country songs with Afrikaans lyrics;
Lucky Dube and Richard Siluma’s satirical bubblegum-style Afrikaans project called Oom Hansie, which was a huge hit. On stage Oom Hansie would appear in various disguises because the artist’s real identity was top secret.
In the wake of Musiek en Liriek, Anton Goosen recorded the song Dancer in collaboration with Lucky Dube. The song was lauded by critics and reached the number one spot on the charts of 5FM and Radio Metro;
The Cape goema punk band The Genuines, who broke the mold of traditional Kaapse Klopse music;
Bernoldus Niemand, Koos Kombuis, Johannes Kerkorrel and the Voëlvry movement who used rock ‘n roll to attack the monolithic Afrikaner identity. This opened up a steady stream of Afrikaans rock and punk on the other side of democracy, (Karen Zoid, Fokofpolisiekar, Heuwels Fantasies, Van Coke Kartel) creating a new Afrikaans voice in post-apartheid South Africa.

“Afrikaans kids try to navigate the post-apartheid space. It’s a balance between the historical guilt of the parents’ generation, and then you’re still privileged, but you don’t know which spaces you are welcomed or not” says Schalk van der Merwe, musician and research associate at the general linguistic department at Stellenbosch University.

“Of course everything Afrikanerdom is not a monolith and remains complicated.”

The series is narrated by Kineta Kunutu, and researched, produced and written by artist, researcher, DJ Zara Julius at KONJO. Gallo Vault Sessions is presented by Gallo Music in collaboration with KONJO. Episodes one to three are available on select digital streaming platforms with a new episode launched on the last Thursday of the month, over the next four months.