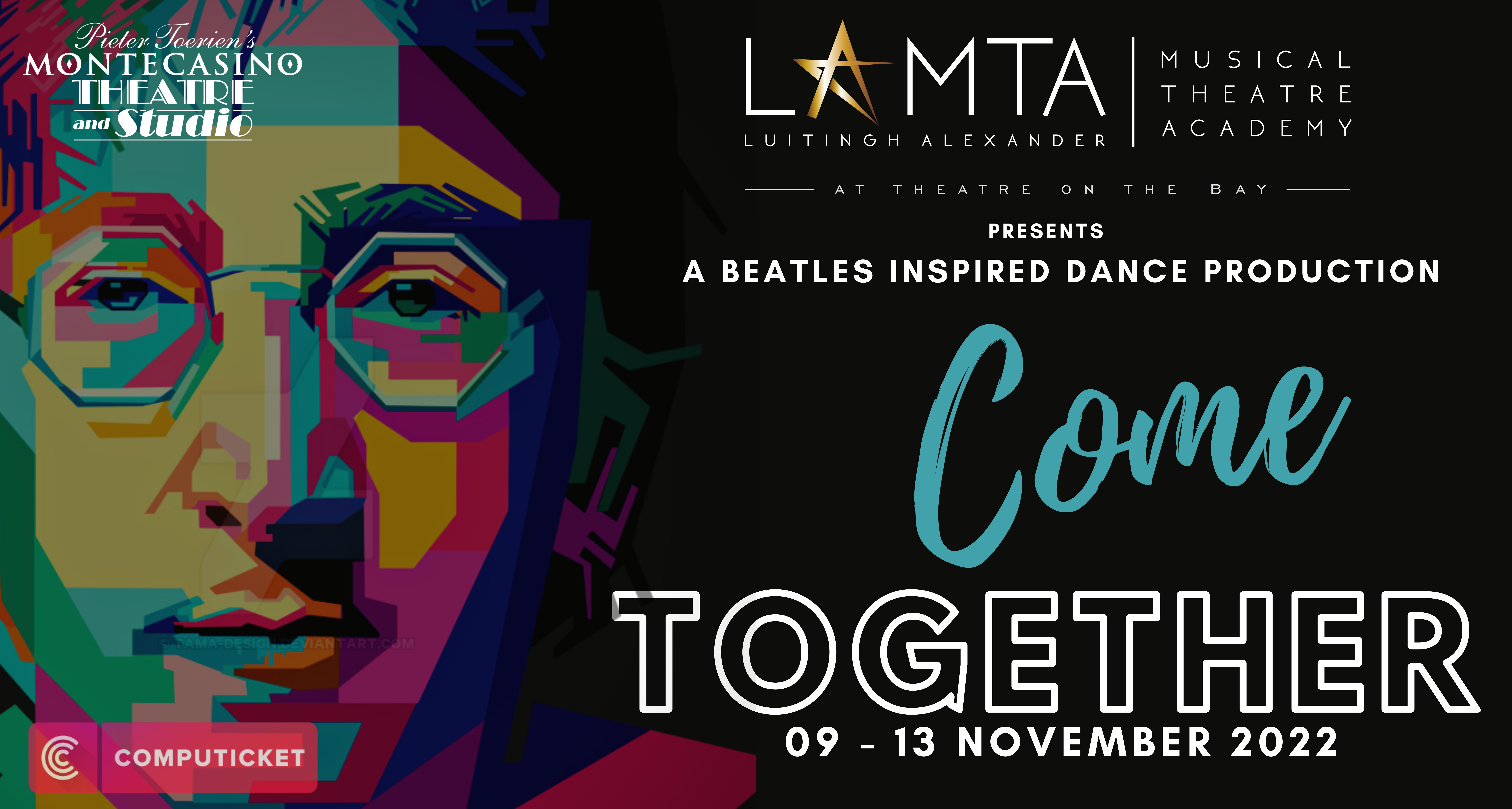 LAMTA Presents ‘COME TOGETHER’ at the Pieter Toerien’s Montecasino Theatre from 9 to 13 November.

What makes the Beatles’ songs so timeless? And what has made so many artists from Frank Sinatra, McFly, Michael Bublé, to Katy Perry cover their work?

COME TOGETHER – The Beatles Covered / Uncovered, is an exuberant, energetic, and entertaining dance production presented by the Cape Town based Performing Arts Academy LAMTA (The Luitingh Alexander Musical Theatre Academy).

After a sold out run at the Theatre on the Bay in Cape Town, COME TOGETHER is making its much-anticipated Jo’Burg debut in November! COME TOGETHER features 40 up and coming young talents in a diverse selection of dance genres including contemporary, tap and commercial dance, and is entertaining to audiences of all ages.

The LAMTA Dance Production has become a calendar highlight in Cape Town, so be sure not to miss your opportunity to see them at Pieter Toerien’s Montecasino Theatre in Johannesburg for a limited run.

Besides the choreographic aspect of the show, COME TOGETHER adds another creative perspective into the music of the Beatles, as the songs in the show are all covers performed by famous (and some not-so-famous) artists, an exciting playlist of songs that were originally performed by a band who are arguably the most successful act of the 20th century.

LAMTA was once again delighted to welcome some of South Africa’s top choreographic talents including Michelle Reid, Jared Schaedler, Hope Maimane, Figure of 8 Collective, Natalie Fisher, Robyn van Wyk, Brigitte Reeve Taylor, Ashley Searle, and Duane Alexander to work with our students and to bring to life the stories behind some of the Fab Four’s greatest works.