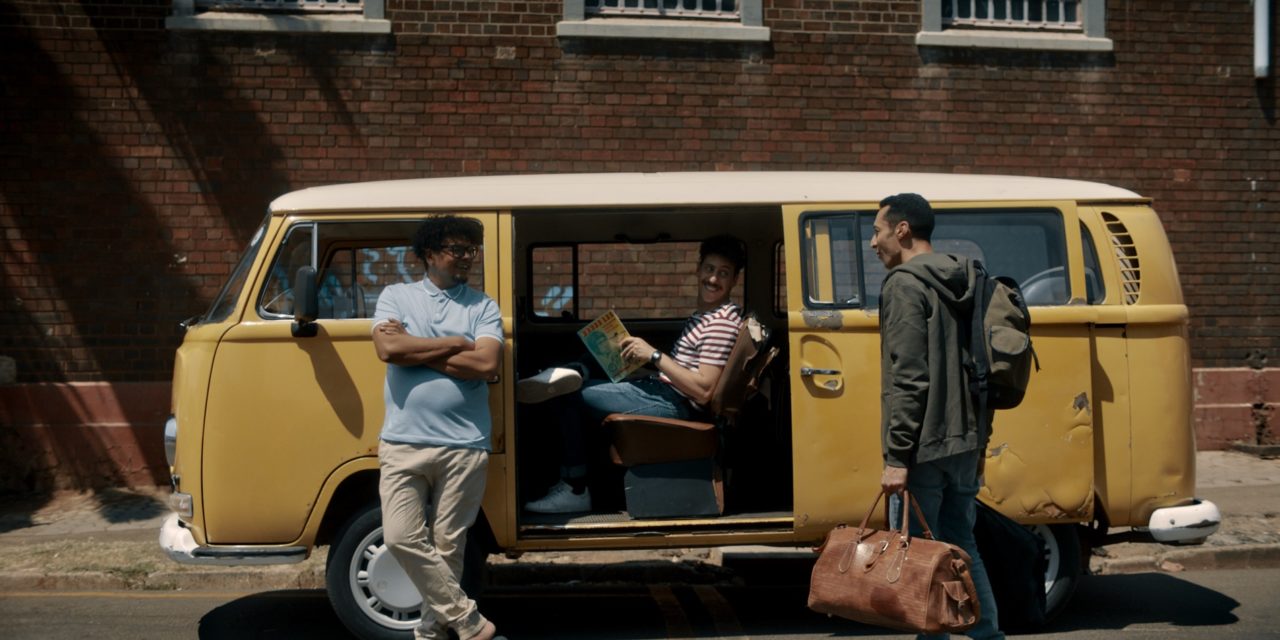 Remember the team that brought us the box office sensation ‘Material’, the hilarious, heart-warming film about a dutiful young Muslim man who moonlights as a stand-up comedian in Joburg nightclubs? Well, they’re back!
Award-winning South African comedy, Material, returns with a sequel in 2021, once again starring popular comedian, Riaad Moosa

In ‘New Material’, much-loved character, Cassim Kaif, played by Riaad Moosa, continues to ply his trade as one of South Africa’s few Muslim comedians while balancing the demands of a marriage, a young child, and living in a house with his ageing parents. His father Ebrahim (Vincent Ebrahim) has reluctantly accepted his son’s chosen career for now, but it is still a simmering issue.

While Cassim’s career is going reasonably well, he performs mostly to Johannesburg Muslim audiences and yearns to expand his audience nationally and further hone his craft. Yusuf (Joey Rasdien), his best friend and agent, plans a national tour, but is totally out of his depth. From the outset, the tour is beset with problems, from an over eager sponsor (played by Rajesh Gopie) who expects too much from the deal to Cassim having to make tough decisions when international opportunities present themselves. This is exactly what Cassim wanted. Or is it?

‘New Material’ is directed by Craig Freimond, who won the Golden Horn Award for Best Achievement in Directing in a Feature Film for ‘Material’ in 2013. A writer and director for film, television and theatre, Craig is also known for ‘Gums and Noses’ (2014), ‘Jozi’ (2010), ‘Material’ (2012) and ‘Beyond the River’ (2017), the award-winning film inspired by the true story of Siseko Ntondini and Piers Cruickshanks who won gold in the 2014 Dusi Marathon.

It’s edited by Megan Gill, a South African-based editor, who in a career spanning 20 years, has worked on a wealth of television and film productions. Most recently Megan edited the critically acclaimed Keira Knightley film ‘Official Secrets’ (2019), and ‘Eye in the Sky’ starring Helen Mirren and Alan Rickman. She also edited ‘Tsotsi’, ‘Rendition’, ‘Otelo Burning’, ‘X-Men Origins: Wolverine’ among many more.

Moosa won the SAFTA (South African Film and Television Award) for Best Actor for his role in ‘Material’, which also received SAFTA’s for Best Film, Best Director and Best Supporting Actor in 2013.

‘New Material’ is produced by Ochre Moving Pictures and Blu Blood Africa and is distributed by Indigenous Film Distribution.