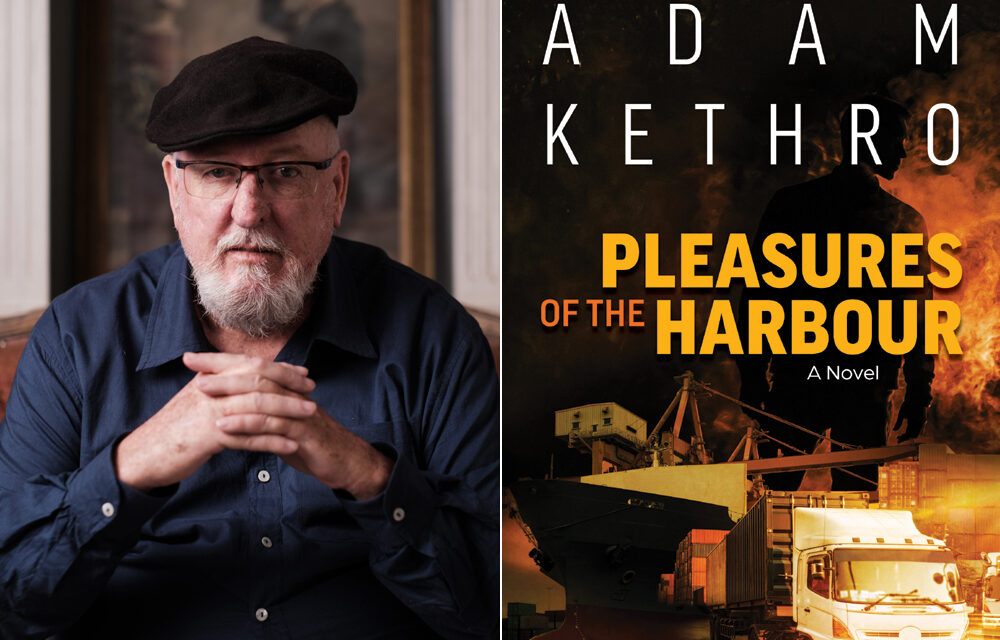 From the pen of the renowned and respected South African logistics expert and businessman, Adam Kethro, comes a highly entertaining novel, PLEASURES OF THE HARBOUR. Kethro debuts impressively with this dramatized biography, which tells the story of a young man’s fortitude to achieve his life goals.

It is part adventure and part action, with lots of wheeling and dealing and readers are in for a rollicking ride as he traverses the high seas and low roads of Southern Africa while opening boardroom doors and a few bedroom doors along the way.

With the title of the book drawn from the Phil Ochs album, he draws the reader into a world of ambition, greed, sabotage, bribery, corruption and revenge.

Set in the closing decades of the 20th century in sanction-wracked South Africa. It navigates a world of dodgy business partners, dubious deals and a few failed attempts at love for Adam Askew, before he can finally say he’s made it.

Adam Askew is a young man in a hurry and always wanted to be financially independent. Armed with guts, determination and a cocky self-assurance, he sets up a shipping company with a view to take on the world, one ton of cargo at a time.

Fed up with the cliquey set-up in Durban, he takes a gutsy gamble − the biggest risk of his life − one that will ultimately make or break him. He heads for the big city lights of swanky 80’s Joburg and is soon wining and dining at the top of the Carlton, sipping the best champagne in London and making some enemies along the way.

PLEASURES OF THE HARBOUR is published by Tracey McDonald Publishers, and it is due for release on 1 September 2022.

It will be available in all good bookstores and online.


Under Adam’s leadership and direction, it grew into one of Southern Africa’s leading logistics companies, boasting more than 750 employees when he retired as executive chairman in 2005. At the time, he left behind 45 millionaires, many of whom still work at the company.


He currently lives in Cape Town with his wife and although now semi-retired, he owns and is actively involved in four diverse enterprises, including a bridging finance company, a computer firm, a cargo salvage business, and a horse pre-training farm in the Natal Midlands.

This evergreen entrepreneur aspires to spend half of his time exploring the world and pursuing his various hobbies, which include collecting music, art, books and war memorabilia.

Adam’s motto – we are each responsible for the quality of our own lives – are words he has lived by his entire life.

To pre-order Pleasures of the Harbour go to:
https://www.loot.co.za/product/pleasures-of-the-harbour/kdtr-7713-g700